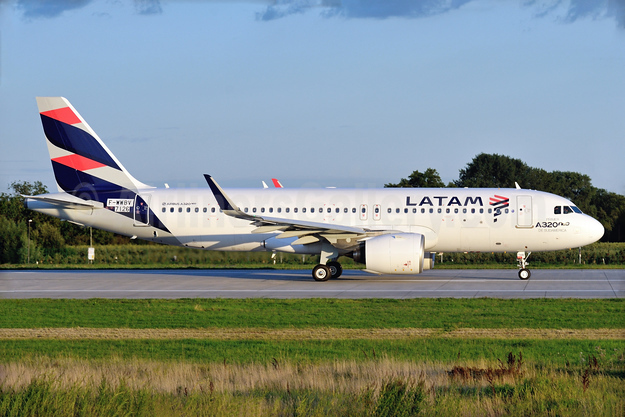 LATAM Airlines Brasil will become the first airline in North and South America, and the fifth operator in the world, to operate the ultra-fuel efficient aircraft type.

Executives from LATAM and Airbus attended a delivery ceremony, which also marked the delivery of LATAM’s fourth A350 XWB — the first with the airline group’s new brand livery. LATAM was also the Americas’ first A350 XWB operator.

The A320 is configured in a 174-seat layout with 18” wide seats and equipped with the innovative Space-Flex cabin configuration. LATAM was the first in Latin America to order the A320neo in 2011, shortly after the program was launched. The airline group has a total of 67 A320neo Family aircraft on order.

In November, LATAM will begin to fly regional routes throughout South America. The second LATAM A320neo, to be delivered later this year, is also expected to operate regional flights. The airline group has more than 250 Airbus aircraft in operation.